The US Attorney General Holder to resign 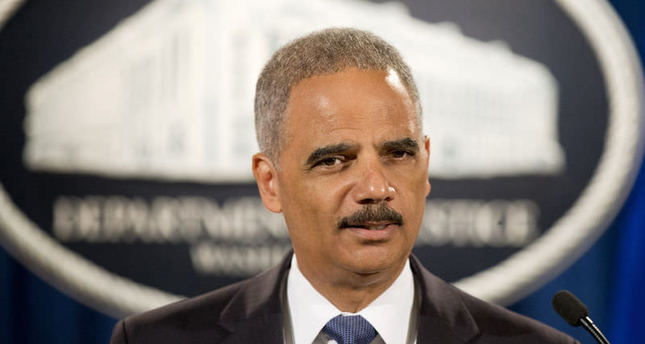 by Associated Press
Sep 25, 2014 12:00 am
Eric Holder, who served as the public face of the Obama administration's legal fight against terrorism and pushed to make the criminal justice system more even-handed, is resigning after six years on the job. He is the nation's first black attorney general.

The 63-year-old former judge and prosecutor took office in early 2009 as the U.S. government grappled with the worst financial crisis in decades and with divisive questions on the handling of captured terrorism suspects, issues that helped shape his six-year tenure as the country's top law enforcement official. He is the fourth-longest serving attorney general in U.S. history.

In his first few years on the job, Holder endured a succession of firestorms over, among other things, an ultimately-abandoned plan to try terrorism suspects in New York City, a botched gun-running probe along the Southwest border that prompted Republican calls for his resignation, and a perceived failure to hold banks accountable for the economic meltdown.

But he stayed on after President Barack Obama won re-election, turning in his final stretch to issues that he said were personally important to him. He promoted voting rights and legal benefits for same-sex couples and pushed for changes to a criminal justice system that he said meted out punishment disproportionately to minorities.

NPR was first to report his departure.