UN votes to fight 'foreign fighters' in Syria and Iraq 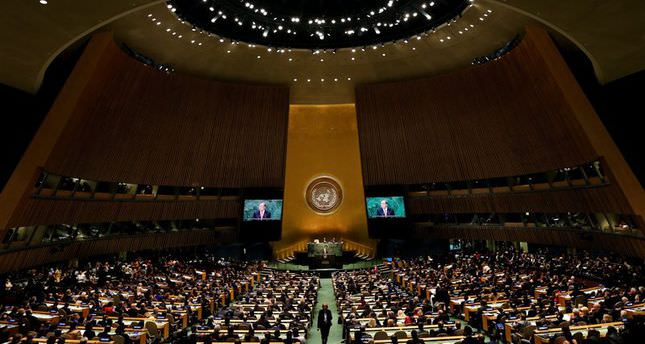 by AA Sep 25, 2014 12:00 am
The UN Security Council has unanimously approved a resolution to battle "foreign fighters" in Syria and Iraq.

The resolution, passed on Wednesday at a session of the council in New York chaired by U.S. President Barack Obama, aims to stop fighters going to the region from foreign countries.

The move follows discussions on the growth of militant groups such as ISIS and their "threat to international security and peace".

The binding resolution demands all UN member states to make legal arrangements to punish people who join foreign fighters and provide them with logistic and financial support.

The UN Security Council will have the right to impose economic sanctions and use force against member states if the resolution is not implemented.

Western intelligence organizations estimate that about 4,000 foreign fighters from European countries have joined ISIS to date.