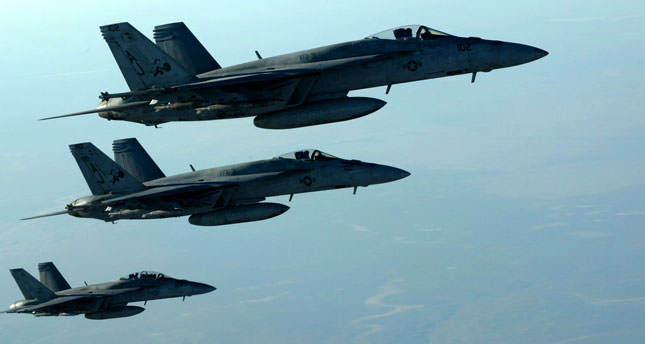 The US-led anti-ISIS coalition continues to attack militants with the latest target of the coalition being oil refineries. Meanwhile, Kurdish factions enjoyed success against the militants in northern Syria

U.S.-led airstrikes have hit oil refineries controlled by the Islamic State in Iraq and al-Sham (ISIS) in eastern Syria, the U.S. officials stated. Saudi Arabia and United Arab Emirates also participated in the attacks and targeted facilities around al-Mayadeen, al-Hasakah, and Albu Kamal, the U.S. military said on Wednesday. In its statement on Wednesday, the U.S. Central Command said there were a total of 13 strikes against 12 modular oil refineries controlled by ISIS fighters as well as another strike that destroyed an ISIS vehicle. "We are still assessing the outcome of the attack on the refineries, but have initial indications that the strikes were successful," the Central Command said.

Since the modular refineries are prefabricated and mobilized, the militants can easily move them to another area. The U.S. military said the refineries were capable of producing millions in revenue and provided fuel for the group's operations. "These small-scale refineries provided fuel to run [ISIS] operations, money to finance their continued attacks throughout Iraq and Syria, and an economic asset to support their future operations," the military said.

Although it is unclear how many barrels the group sells every day, Adam Sieminski, head of the U.S. Energy Information Administration, said that ISIS produces less than 100,000 barrels of crude oil a day. Nicholas Rasmussen, deputy director of the National Counterterrorism Centre, testified to U.S. Congress this month that ISIS's war chest probably included about $1 million (TL 2.2 million) a day in revenues from black-market oil sales as well as smuggling, robberies and ransom payments for hostages.

While the airstrikes aimed to target only the militants, civilians also died in the operations. At least 12 civilians were killed during airstrikes on Wednesday by U.S.-led international coalition forces in the northern Syrian province of Raqqa, according to the Local Coordination Committees (LCC) of Syria. A statement from the LCC of Syria confirmed the fatalities in Raqqa's Tal Abyad district, an area under ISIS control on the country's border with Turkey. A Turkish aid worker also lost his life during the airstrikes.

The world powers do not only pound ISIS targets but also tighten sanctions and stalks on the allegedly terror-linked people. The U.S. sanctioned two-dozen entities for participating in or supporting the activities of several extremist groups as it seeks to stem the flow of terrorists to Syria, the Treasury Department announced Wednesday. "Today's broadly scoped designations will disrupt efforts by ISIS, al-Nusra Front, al-Qaida and Jemaah Islamiya to raise, transport, and access funds that facilitate foreign terrorist fighters," said David S. Cohen, Under Secretary of Terrorism and Financial Intelligence at the U.S. Treasury, which named 11 individuals and a terrorist group for their support of a range of terrorist organizations. The sanctions will freeze the U.S. assets of the named entities and also prevent U.S. companies and individuals from dealing financially with the designees. One of the individuals was a Turkish citizen and accused of helping the groups.

In the U.K. police arrested nine men on suspected terrorism offences as part of what they described as an ongoing operation into terrorism. The men were held on suspicion of belonging to and supporting an organization banned under terrorism laws and encouraging terrorism, police said. The arrests were not in response to any immediate threat, Scotland Yard said in a statement. Police said the men, aged between 22 and 51, were in custody at stations in central London while 19 properties across the capital and in Stoke-on-Trent in central England were being searched. The operation came just after British Prime Minister David Cameron made a call on the parliament to approve the resolution, allowing the U.K. to join the airstrikes.