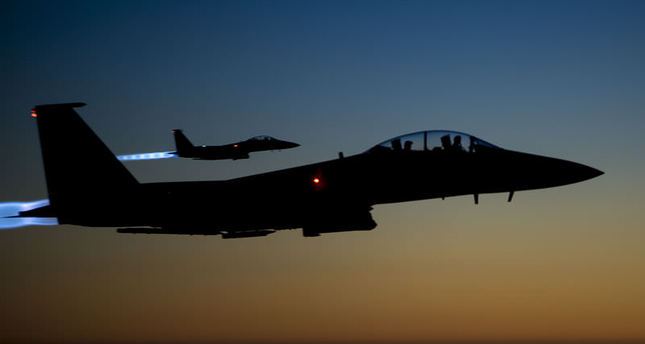 by Sep 27, 2014 12:00 am
The Pentagon confirmed Saturday a fresh round of air strikes by the US military and coalition partners against ISIS targets in Syria and Iraq.

The strikes hit seven targets in Syria, US Central Command said, including an ISIS building and two armed vehicles at the border crossing in the besieged Kurdish town of Ain al-Arab, also known as Kobane.

ISIS advance on the town has sent 160,000 refugees streaming into Turkey.

Other targets in Syria included ISIS vehicles and buildings near Al-Hasakah, as well as an ISIS command and control facility near Minbej, near the western limit of the group's control, CentCom said.

"An ISIS-held airfield, an ISIS garrison and an ISIS training camp near Raqa were damaged," it added, using an alternate acronym for the group.

The militants have made Raqa the headquarters of the "caliphate" they declared in June straddling swathes of Iraq and Syria.

The strikes were carried out by US Air Force and Navy aircraft as well as by warplanes from Saudi Arabia, Jordan and the United Arab Emirates, the statement said.

The US and Arab allies launched air strikes against the ISIS group in northern and eastern Syria on Tuesday, more than a month after Washington began its air war on the militants in Iraq.

Washington had been reluctant to intervene in Syria, but acted after the militants captured more territory and committed widespread atrocities, including beheading three Western hostages.

A US defense official told AFP on Friday that the Syria mission is now similar to US-led air raids against the ISIS group in Iraq, with "near continuous" combat sorties.