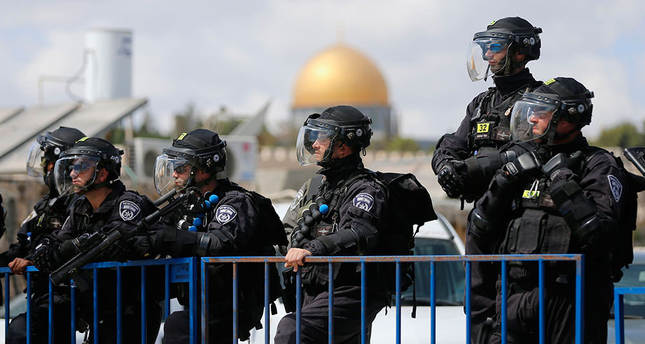 by AA Sep 28, 2014 12:00 am
Israeli forces have detained seven Palestinians in the occupied West Bank overnight under the pretext they had been involved in attacks against Israeli troops.

In a Sunday statement carried by the army radio, the military said the seven Palestinians were wanted over their suspected involvement in attacks against Israeli troops with stones and petrol bombs.

Three of the detainees were apprehended in Hebron, two in Husan and one in Bethlehem, the release said, without stating where the seventh was detained.

Israeli forces routinely conduct detention campaigns against Palestinians in the occupied West Bank on claims that they are "wanted" by Israeli authorities.

Some 7,000 Palestinians are currently languishing in prisons throughout Israel, according to the Palestinian Ministry of Prisoners' Affairs.