Average income in Gaza falls to $1 a day: NGO 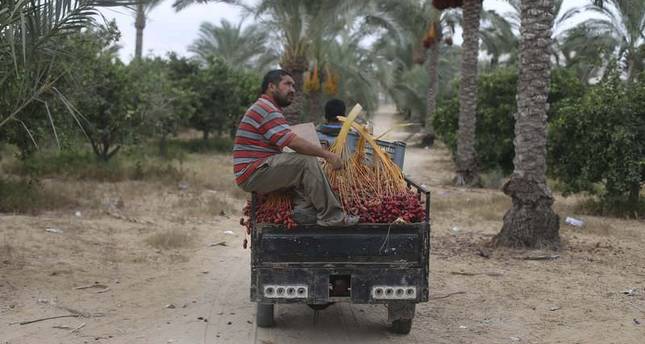 by AA Sep 29, 2014 12:00 am
The average income in the embattled Gaza Strip has dwindled to $1 a day as a result of Israel's recent military onslaught and its seven-year blockade of the territory, a Palestinian NGO said Monday.

Gaza is now seeing its lowest average income rates since Israel first imposed the blockade in 2007, the Popular Committee for Lifting the Gaza Siege, a Palestinian NGO, said in a statement.

The NGO added that more than half a million Gazans now depend on humanitarian aid to survive, while the unemployment rate had risen to 65 percent in the wake of Israel's onslaught, which ended on August 26 following 51 days of fierce Israeli bombardment.

The committee called for allowing construction materials into Gaza without delay, stressing the need to rebuild thousands of homes destroyed during Israel's devastating offensive.

Construction supplies, it added, were also needed to rebuild damaged or destroyed factories, along with economic, health and educational facilities.

Egypt is due to host an international donor's conference on Gaza on October 12.

Reconstruction of the Palestinian territory will require some $7.5 billion, according to Palestinian Authority President Mahmoud Abbas.

Apart from the death of more than 2,150 Palestinians and the injury of some 11,000 others, Israel's recent offensive partially or entirely destroyed thousands of residential units across the Gaza Strip.