US-led raids claimed to have killed civilians in Syria 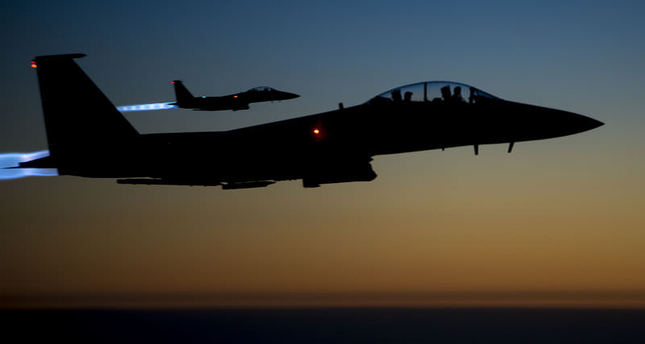 by Sep 29, 2014 12:00 am
U.S.-led air strikes hit grain silos and other targets in ISIS-controlled territory in northern and eastern Syria overnight, killing civilians and wounding militants, a group monitoring the war said on Monday.

The aircraft may have mistaken the mills and grain storage areas in the northern Syrian town of Manbij for an ISIS base, said the Britain-based Syrian Observatory for Human Rights. There was no immediate comment from Washington.

The United States has targeted ISIS (the self-proclaimed Islamic State of Iraq and al-Sham) and other fighters in Syria since last week with the help of Arab allies, and in Iraq since last month. It aims to damage and destroy the bases, forces and supply lines of the al Qaeda offshoot which has captured large areas of both countries.

The strikes in Manbij appeared to have killed only civilians, not fighters, said Rami Abdulrahman, who runs the Observatory which gathers information from sources in Syria.

"These were the workers at the silos. They provide food for the people," he said. He could not give a number of casualties and it was not immediately possible to verify the information.

Manbij sits between Aleppo city in the west and the town of Kobani on the northern border with Turkey, which the ISIS militants have been trying to capture from Kurdish forces, forcing tens of thousands of Syrian Kurds to flee over the frontier.

Forces loyal to President Bashar al-Assad have been battling the militants around Aleppo, which is held by a number of groups in Syria's war.

The United States has said it wants strikes to target oil facilities held by ISIS to try to stem a source of revenues for the group.