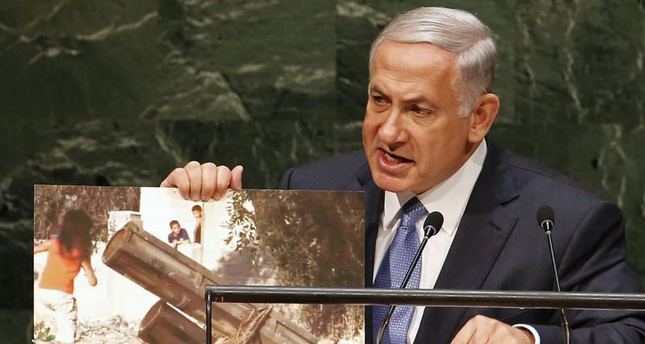 by Anadolu Agency Sep 30, 2014 12:00 am
The Palestine Liberation Organisation said Israeli Prime Minister Benjamin Netanyahu blatantly manipulated the facts when he compared Hamas with ISIS and Iran in a UN speech on Monday.

"Netanyahu's speech at the UN was a blatant manipulation of facts and attempted at misleading the audience through a combination of hate language, slander and argument of obfuscation," PLO executive member Hanan Ashrawi said in a statement in English.

Meantime, Israel's recent offensive on Gaza caused the death of more than 2,150 Palestinians and the injury of some 11,000 others and partially or entirely destroyed thousands of residential units across the Gaza Strip.