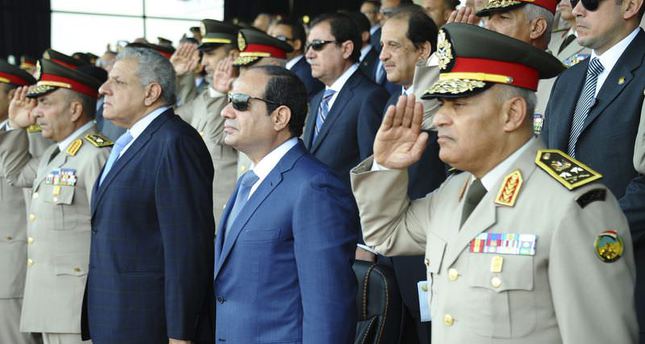 "[The statements] reflect deep depression toward Egypt's internal stability?and positive contribution in dealing with regional issues achieving stability in the region," the Egyptian Foreign Ministry said in a statement.

The statement said that Erdoğan's statements "would not have any impact on Egypt's civilization and stature."

Tension between the two countries peaked last November, when Egypt declared the Turkish ambassador in Cairo "persona non grata"-a move to which Turkey responded in kind.

Addressing the U.N. General Assembly in New York last week, Erdoğan lashed out at the Egyptian regime, accusing the international community of lending legitimacy to Egyptian President Abdel-Fattah al-Sisi, who is widely seen as the architect of Morsi's ouster last year.