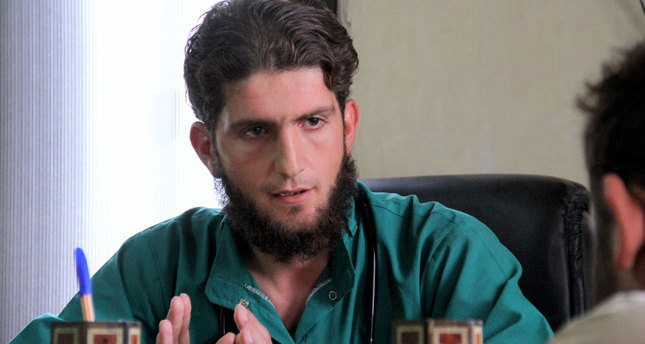 by Begüm Tunakan Oct 02, 2014 12:00 am
Following the death of 15 children after receiving vaccinations in Idlib in northwestern Syria, a Syrian doctor voiced his despair at the situation as he tried to bring dying children back to life. The doctor, Suleiman Ebu Ahmed who works at the Şifa Hospital in Idlib province, told the Anadolu Agency that all the Syrian children exhibited signs of severe allergic shock due to the measles vaccine. "Children, with many suffocating to death, were brought to our hospital," he said. "Some 50 unconscious children were also brought to the hospital. Relatives said the children were given another round of the measles vaccination. After we did our research, we came to the conclusion that a muscle relaxant - Atracurium – had been mixed with the vaccine. Doctors did everything they could to save their lives but 15 died," said Ebu Ahmed.

The underlying reason of the subsequent deaths is still under investigation, as the World Health Organization (WHO) reported that three teams were dispatched to clarify how this could have happened and who was responsible. The Measles Task Force on the ground has been continuing the investigation, while the campaign has been suspended for the time being. "UNICEF and WHO have been shocked and saddened to learn of the deaths of at least 15 young children in Idlib. Establishing the precise cause of the children's deaths is vital. To that end, WHO has deployed a team of experts to provide assistance to those carrying out the investigation in Idlib who will report back as soon as possible," WHO and UNICEF said in a joint statement.

Regarding the measles vaccination campaign, coordinated by the UN Children's Fund (UNICEF), WHO stated the situation was "the biggest tragic incident of that kind" caused by "very bad human error."

A mass measles vaccination campaign for conflict-affected Syrian children has been monitored by UNICEF to contain measles outbreaks in the region and prevent the risk of measles spreading to neighboring countries. Due to the severity of war conditions, regular health services have been shut down and internal displacement has forced many children to live in unsanitary, overcrowded conditions. Under these circumstances, Syrians would not be able to receive routine immunization. Children, the most vulnerable victims of the ongoing war, have been severely affected by the situation. Regarding the worsening humanitarian conditions in Syria, UNICEF spokesperson Christophe Boulierac said, "Protection against measles is especially important for children who have been displaced from their homes and communities and who are living in camps or other insanitary conditions." UNICEF launched a campaign to raise awareness of the importance of vaccinating children by targeting 2.4 million Syrian children with vaccines against killer diseases. Multiple immunization campaigns have taken place inside Syria and across the region, as many Syrian refugees are in dire need of human assistance.