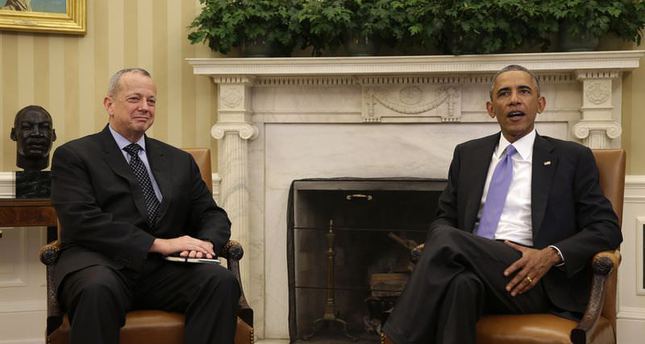 by Oct 02, 2014 12:00 am
U.S. President Barack Obama's envoy charged with building the coalition against the ISIS will visit Iraq, Belgium, Jordan, Egypt and Turkey, the State Department said on Thursday.

Retired Gen. John Allen's trip, his first abroad in his new role, is "in support of international coalition efforts to degrade and defeat ISIS," the State Department said. referring to the ISIS. U.S. officials have said his main purpose is to garner greater support for the coalition, which has conducted air strikes against ISIS targets in Iraq and Syria.