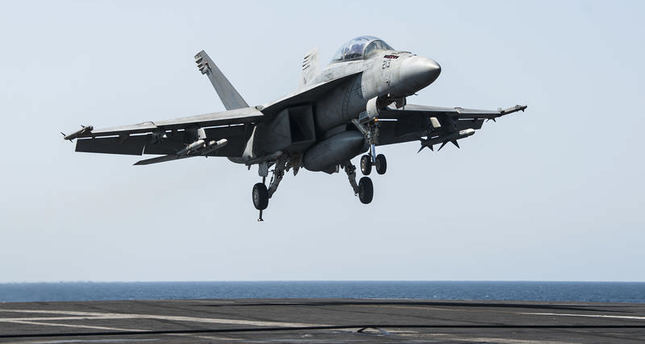 At least 35 ISIS militants were killed in air strikes by the US-led coalition overnight in northern and northeastern Syria, a monitor said on Saturday.

The Syrian Observatory for Human Rights said 30 militants were killed around the town of Shadadi in northeastern Hasakeh, and another five outside the embattled town of Kobane, on the border with Turkey in northern Aleppo province.