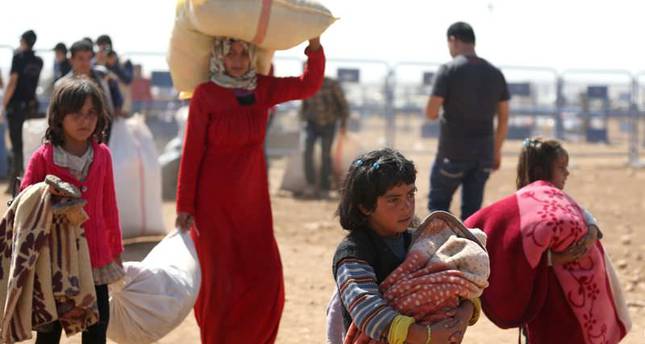 by Oct 06, 2014 12:00 am
More than 2,000 Syrian Kurds including women and children are being evacuated from border town of Kobani after ISIS militants who have besieged the town for nearly three weeks have advanced towards the city centre, a translator for the leading Kurdish political group in Syria told Reuters on Monday.

"We can hear the sound of clashes in the street," Parwer Ali Mohamed, a translator for the Kurdish Democratic Union Party (PYD) said over the phone, en route to Turkey.

Al Qaeda offshoot ISIS is trying to seize the predominantly Kurdish border town of Kobani and has ramped up its offensive in recent days despite being targeted by U.S.-led coalition led air strikes aimed at halting its progress.