At least 400 die during battles in Kobani 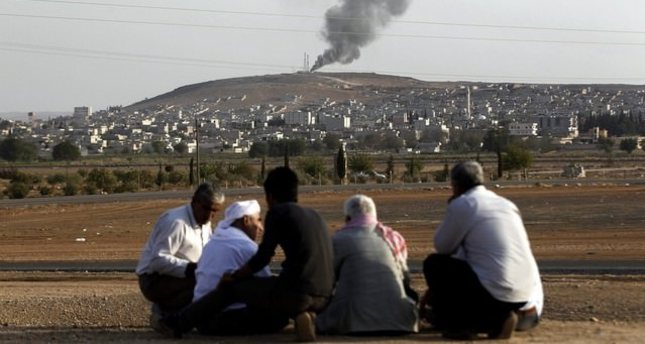 Hundreds of people from both Kurdish and ISIS sides die during clashes while the U.S.-led coalition continues airstrikes to stop ISIS from advancing into the Kurdish town, Kobani

At least 400 people have been killed during three weeks of fighting between the Islamic State of Iraq and al-Sham (ISIS) and Kurdish fighters in and around the Syrian border town of Kobani, a monitoring group said on Tuesday. Fighters from both sides and civilians had died, the Syrian Observatory for Human Rights said. The organization said it had documented 412 deaths from sources on the ground, but the real figure was likely double that.

The U.S.-led anti-ISIS coalition carried out fresh airstrikes against the group and hit some positions held by the fighters. Despite the airstrikes and the struggle of Kurdish fighters, ISIS militants continue to advance into the town. The militants have tightened their grip on Kobani. Clashes between Kurdish groups and ISIS militants continued around the city, also known as Ayn al-Arab, all day, and ISIS had largely seized control of eastern Kobani using heavy weapons, sources told The Anadolu Agency. Sources said more than 2,000 ISIS fighters took part in the offensive. ISIS militants, who otherwise control large parts of territory in Syria and Iraq, have recently been attacking the border town of Kobani from all directions.

The local sources said Kobani may fall to ISIS militants as ISIS flags could be seen flying over the eastern side of Kobani. Senior Kurdish official Asya Abdullah said to Reuters from inside the town that "ISIS fighters were using heavy weapons and shells to hit Kobani. On Monday there was a violent clash. We have fought hard to keep them out of the town. The clashes are not in the whole of Kobani, but in specific areas, on the outskirts and towards the center." Rami Abdulrahman, head of the Syrian Observatory for Human Rights, said "There were clashes overnight. Not heavy but ISIS is going forward from the southwest. They have crossed into Kobani and control some buildings in the city there. They are about 50 meters inside the southwest of the city." An estimated 180,000 people have fled into Turkey from the Kobani region following the Islamic State advance. More than 2,000 Syrian Kurds including women and children were evacuated from the town after the latest fighting, a member of the Kurdish Democratic Union Party (PYD) said on Monday.

Meanwhile, the brother of a British aid worker who was beheaded by ISIS said Britain should put troops on the ground in the Middle East to fight against the militants. "We need to send ground troops in or forces in to find out where these monsters are and bring them to justice. The sooner we do it, the sooner the killing stops," said Reg Henning, whose 47-year-old brother Alan was killed last week.