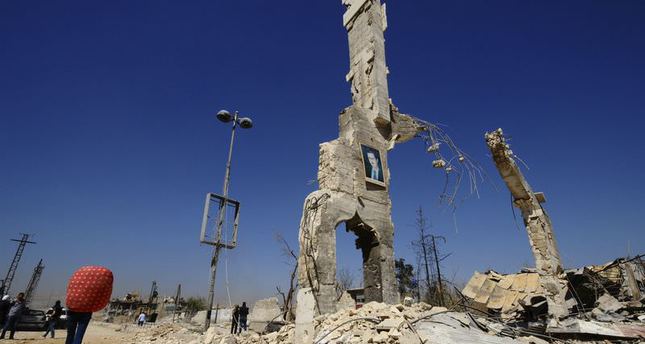 by AA Oct 10, 2014 12:00 am
At least 10 people, including women and children, have been killed on Friday and dozens of others injured in Syria's southwestern province of Dara'a in barrel bomb attacks dropped by regime warplanes, according to a Syrian opposition statement.

The opposition also stated that people in the opposition-controlled areas are fleeing after Assad regime's random attacks.

Syria has been gripped by civil war since March 2011. The U.N. in August said that more than 191,000 people are believed to have been killed in the conflict so far.