Turkish troops not welcome in Kobani by some parties, Kerry say 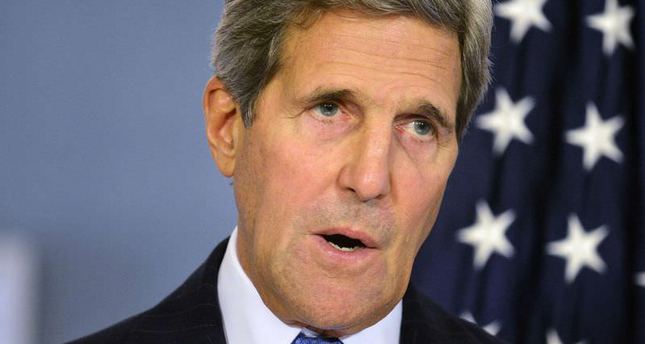 by Daily Sabah Oct 11, 2014 12:00 am
U.S. Secretary of State John Kerry discussed Turkey's role regarding the crisis in Syria and Iraq on Friday. During an interview with Voice of America's Afghan Service he said that some parties in the region, specially Kurds do not want Turkish troops to take military action in Kobani against ISIS.

As Kerry comments on Turkish FM Çavuşoğlu's recent statements where Çavuşoğlu said that Turkey's condition to participate with the coalition against ISIS is through buffer zone along the borders with Syria, Kerry said "I don't think that's an accurate reflection of exactly where things are with Turkey. Turkey is participating and Turkey will be helping in certain ways, but it is clear that different parties don't want Turkey on the grounds of Kobani, ranging from Kurds themselves to Iraqis to Syrians and so forth."

Kerry said that General Allen, the U.S. envoy coordinating the coalition against ISIS, will be having meetings in Ankara for two days and both sides will discuss on where they stand regarding the situation in the region.