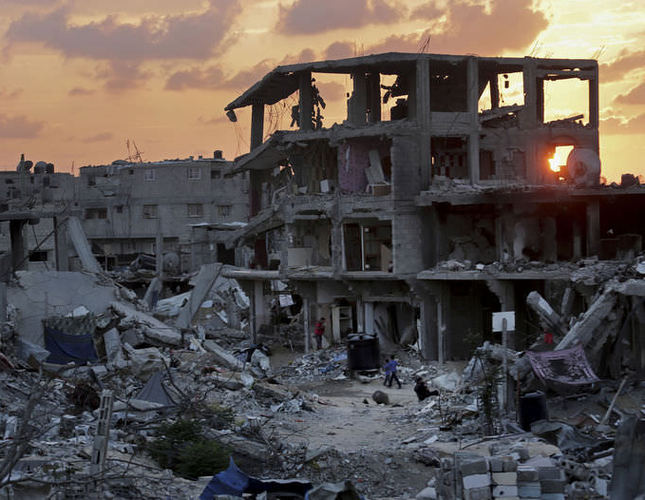 After Sweden’s recognition of Palestinian statehood, Palestine is now on the agenda of the British parliament, indicating it has gained greater importance after the brutal Gaza War

After the brutal Israeli onslaught on Gaza, Palestinian statehood has been on the agenda of many countries. The British move came two weeks after Sweden pledged it will recognize Palestine. Members of the U.K. Parliament voted Monday on a motion of whether or not to recognize the Palestine state.

Following the devastating Gaza War, the worsening humanitarian situation of the Palestinians has gained international attention that includes condemnations of Israeli settlements and demand for action for the besieged enclave. The Palestinian authority (PA) has taken action at the United Nations in an effort to end the decades-long Israeli occupation of Palestinian land by proposing a resolution that is to be presented to the United Nations Security Council (UNSC).

Writing for the blog "Labourlist," Foreign Secretary Douglas Alexander wrote, "Labor believes statehood for the Palestinians is not a gift to be given but a right to be recognized. As Labor has argued over recent years, recognition of Palestinian statehood by the international community can be an important contribution to securing a negotiated two-state solution."

Baroness Warsi, the former minister of state for faith and communities who resigned from her position last summer in protest of the government's Gaza politics, called on MPs to vote in favor of the motion in her interview with the Observer newspaper, "There is a lack of political will and our moral compass is missing. There are no negotiations; there is no show in town. Somehow we have to breathe new life into these negotiations, and one of the ways we can do that is by recognizing the state of Palestine."

The move has angered Israeli politicians, especially those in the Israeli Labor party. The secretary general of Israel's Labor Party, Hilik Bar, has written to Labor lawmakers asking them to vote against the recognition. "I understand why many of you will want to vote for anything that claims to be a contribution to peace […] but our view in the Israeli Labor Party is that unilateral recognition of Palestinian statehood does nothing to advance this vital cause," wrote Bar.

The United Nations' vote in 2012 gave Palestine the status of Non-Member Observer State. In the U.N. Embassy, 138 members voted in favor of Palestine, with only nine against and with 41 nations – including the U.K. – abstaining. This approval of the de facto recognition of the sovereign state of Palestine by the U.N. followed an application to join the international body as a full member state in 2011, which failed because of a lack of support in the U.N. Security Council, of which the U.K. is one of five permanent members.