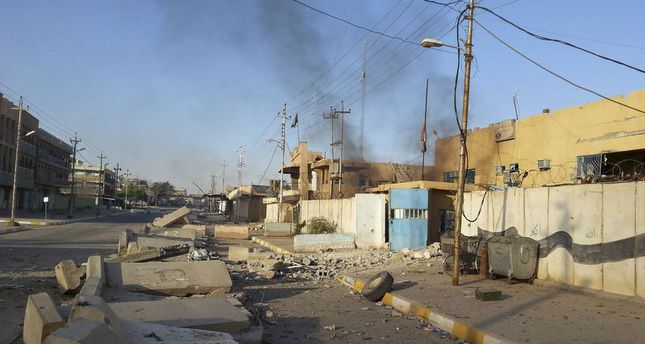 by Oct 13, 2014 12:00 am
Fighting in Iraq's western Anbar province has forced up to 180,000 people to flee since the city of Hit fell to ISIS earlier this month, the United Nations said on Monday.

ISIS fighters extended that advance by overrunning a military base that the Iraqi army had abandoned 8 km (5 miles) west of Hit earlier on Monday, according to an army officer and members of a government-backed Sunni militia.

ISIS has been on the offensive in the desert province of Anbar, bordering Syria, in recent weeks, taking the town of Hit on Oct. 2 and nearby Kubaisa on Oct. 4.

That has raised concerns in the West because it is close to Baghdad and demonstrates the group's reach; while operating successfully in Anbar, it is also on the verge of taking the strategic town of Kobani hundreds of miles away in northern Syria on the border with Turkey.

There was no claim of responsibility for the bombings, but ISIS claimed a string of attacks in Baghdad on Sunday that left 45 dead.

As a result of the fighting and air strikes in Anbar, carried out by the Iraqi government and a U.S.-led military coalition, up to 30,000 families or 180,000 individuals have fled Hit, the UN's Office for the Coordination of Humanitarian Affairs said.

The war in Anbar and its conquest of Mosul have allowed ISIS to hold territory from eastern Syria across Sunni parts of Iraq with the goal of establishing a caliphate.