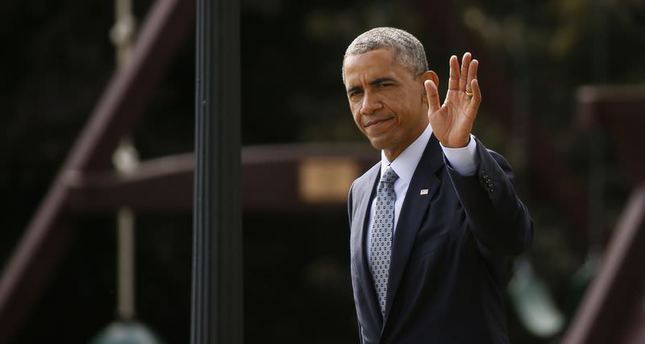 by Daily Sabah with Agencies Oct 14, 2014 12:00 am
President Obama and military commanders from more than 20 countries including Turkey will meet on Tuesday in Washington to discuss the fight against ISIS in Syria and Iraq after more than two months of U.S.-led air strikes failed to halt the militants' advance.

As Turkey has come under some pressure to send its own ground troops into Syria against ISIS, the country's attendance to the meeting will be key factor. Turkey may announce its own strategy in the fight against ISIS after the meeting. Lieutenant General Erdal Öztürk will be representing Turkey in the meeting.

U.S. officials recently said that they are expecting more help from Turkey in the fight against ISIS. Washington has said Turkey has agreed to let the U.S. strike from the Turkish Incirlik airbase, while Ankara says this is still under discussion.

Meanwhile, the US military announced that US and Saudi planes had carried out 21 airstrikes in the last two days near the contested Syrian border town of Kobani, an unusually large number of attacks on one of the flashpoints of the campaign.

US Central Command said the strikes on the militants' staging areas, compounds and armed vehicles, were meant to hit supply lines and stop reinforcements. It said the situation was fluid but the Kurdish militia was "continuing to hold out."

Obama was due to address the meeting of coalition military chiefs, led by General Martin Dempsey, chairman of the Joint Chiefs of Staff, at Andrews Air Force Base outside Washington at 3 p.m. EDT (1900 GMT).

The meeting was "part of ongoing efforts to build the coalition and integrate the capabilities of each country into the broader strategy," said Alistair Baskey, spokesman for the White House National Security Council.

Colonel Ed Thomas, Dempsey's spokesman, said no major policy decisions were expected, adding: "It's about coming together in person to discuss the vision, the challenges, the way ahead."

Anthony Cordesman, national security analyst at the Center for Strategic and International Studies, said defense officials from abroad were in many cases more involved in setting policy than their U.S. military counterparts.