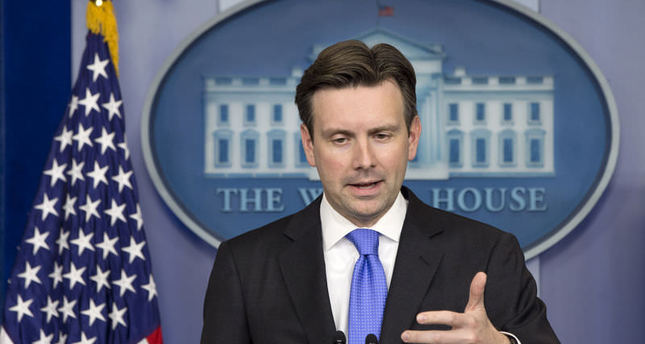 by Oct 14, 2014 12:00 am
The US strategy to defeat ISIS militants in Iraq and Syria is "succeeding," the White House said Tuesday, as President Barack Obama prepared to meet with allied defense chiefs.

"We're in the early days of the execution of that strategy. But certainly the early evidence indicates that this strategy is succeeding," White House spokesman Josh Earnest said.

"There are specific episodes where the use of military force has succeeded in beating back an ISIL advance or stopping the siege of a vulnerable humanitarian target," he said, using another IS acronym.

Earlier, US Central Command said US-led aircraft hammered ISIS militants with 21 bombing raids near Kobane on Monday and Tuesday, amid signs the strikes had "slowed" the group's advance on the Syrian border town.

Earnest called this a "continuation of our broader strategy, not a change in it," when asked if the stepped-up strikes represented a shift.
Despite the allied firepower, ISIS militants recently captured nearly half of Kobane and seized most of Iraq's largest province, Anbar, to add to their self-proclaimed Islamic "caliphate".

Earnest acknowledged that the fight would not be quick or easy.

"We've been pretty candid about the fact that this is a longer-term proposition," he told reporters.

He also again insisted that US ground troops would not be involved in the battle against ISIS, which has seized large swathes of territory in both Iraq and Syria.

"That is a necessary component of the strategy that will allow us to see more significant results on the battlefield," he said.
Last Update: Oct 15, 2014 9:23 am
RELATED TOPICS