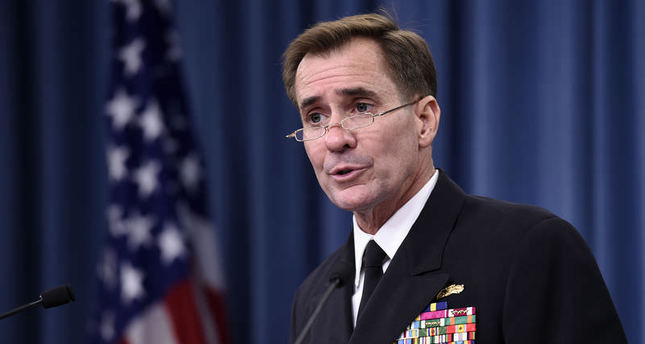 by Oct 15, 2014 12:00 am
US-led airstrikes have killed "several hundred" militants fighters in and around Kobani, but the ISIS group could still seize the besieged strategic Iraqi city, the Pentagon said Wednesday.

"We believe that we have killed several hundred ISIS fighters in and around Kobane," Pentagon spokesman John Kirby told reporters, adding that the majority of the city's population has fled as jihadists continued to pour into the region in an attempt to take the town.