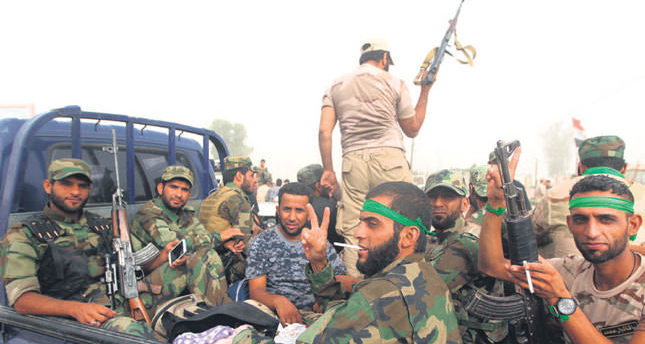 While ISIS militants force hundreds of thousands of people to flee, Shiite militias are also perpetrating sectarian killings, according to Amnesty report

In a recently released report by Amnesty International, which covers human rights violations in more than 150 countries, it was revealed that Iraqi people are not only suffering from atrocities committed by the Islamic State of Iraq and al-Sham (ISIS) militants but also from armed government-backed Shiite militants. The report claims that the Iraqi government is largely responsible for the attacks on the civilians since the militias target Sunni Iraqis deliberately, as a response to the ISIS attacks, despite there being no concrete evidence that links ISIS and unarmed Sunnis.

The report said "In recent months, Shi'a militias have been abducting and killing Sunni civilian men in Baghdad and around the country. These militias, often armed and backed by the government of Iraq, continue to operate with varying degrees of cooperation from government forces – ranging from tacit consent to coordinated, or even joint, operations. For these reasons, Amnesty International holds the government of Iraq largely responsible for the serious human rights abuses, including war crimes, committed by these militias."

The report also underlines that many have been abducted and dozens of families were forced to pay ransom to get their relatives back. "The victims were abducted from their homes, workplace or from checkpoints. Many were later found dead, usually handcuffed and shot in the back of the head. Reports by families of the victims and witnesses have been corroborated by Ministry of Health workers, who told Amnesty International that in recent months they have received scores of bodies of unidentified men with gunshot wounds to the head and often with their hands bound together with metal or plastic handcuffs, rope or cloth. Photographs of several bodies shown to Amnesty International by victims' relatives and others viewed at Baghdad's morgue, reveal a consistent pattern of deliberate, execution-style killings," the report said.

The witnesses and relatives of the victims told Amnesty officials the Shiite militias were killing people randomly in response to the ISIS attacks. The killings were more common in the cities that were previously captured by ISIS militants where the Iraqi forces later seized control. The witnesses claim that the country has been dragged into deeper sectarian chaos and that there is no security on the streets. The perpetrators of the killings, abductions and torture were not only the armed militants but also government forces. Iraqi Prime Minister Haidar al-Abadi has admitted that there was excessive use of force.

While the Iraqi forces were responsible for killing many civilians, according to the U.N., ISIS militants who have seized a larger area in Ramadi, have forced as many as 180,000 people to flee from their homes. The U.N. urged the world to help the refugees since many are barely able to survive. Ramadi plays a key role in accessing Baghdad with ISIS declaring that it will eventually capture the capital.