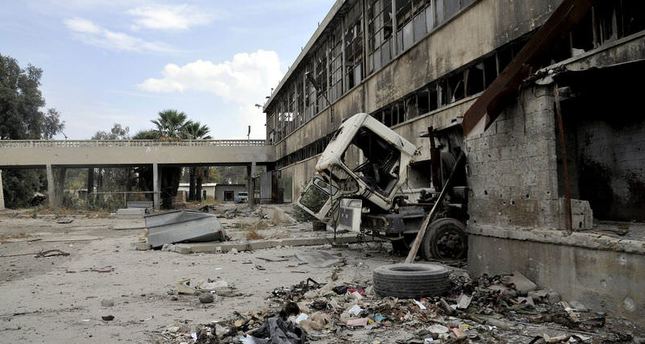 by AA Oct 16, 2014 12:00 am
Syrian regime forces reportedly used "chlorine" gas in a revenge attack in Damascus, a local activist said on Thursday.

The chemical-weapons attack came after the government forces lost 80 soldiers who were killed by Free Syrian Army, and the use of gas was a way to take revenge, the activist claimed.

The attacks were part of air and land operations aimed at the opposition-held Joban and Arbin areas of Damascus, Ammar al-Bushi told Anadolu Agency (AA) the Mutehaliq al-Janubi region located in Arbin had a strategic importance for the regime forces and the opposition fighters.

"The group who seizes the Janubi region will control the whole region as it is a gate opening to Haresta, Joban and East Ghouta areas," said Bushi.

The Syrian Revolution General Commission said many people have been affected by the gas and were taken to field hospitals with symptoms of vomiting, blackout and dyspnea.

The same statement was issued by an activist group called the Local Coordination Committees of Syria.

The Syrian regime used a chemical-weapons attack to kill nearly 1,500 civilians in the Ghouta suburb of Damascus in August 2013.