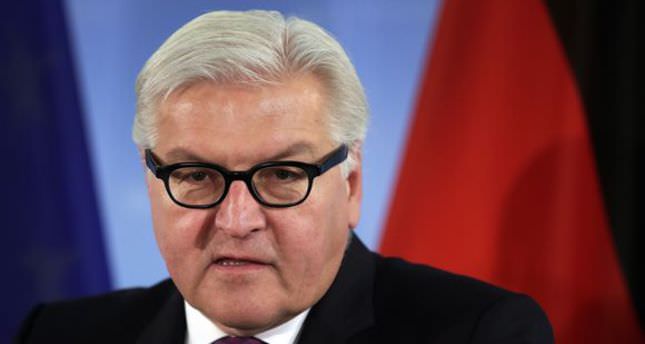 by AA Oct 17, 2014 12:00 am
Germany's foreign minister denied claims that Germany was planning to arm the outlawed Kurdistan Workers' Party (PKK) on Thursday.

"There is no question of arming them as long as the PKK threatens Turkey with new violence."

Germany is sending weapons to Kurds in northern Iraq but Chancellor Angela Merkel has denied supporting the PKK, a terrorist organization, which has claimed more than 40,000 lives in Turkey.

Earlier on Tuesday, Turkish Minister for EU Affairs Volkan Bozkır told reporters that Turkey decides who to arm within its own territories,

Steinmeier was also asked about the Ebola virus and Germany's preparation.

"No one is quite ready, other European countries and Germany as well. But we will do everything we can to prevent it," he said.

Earlier Tuesday, Turkish Minister for EU Affairs, Volkan Bozkır told reporters that Turkey opposed Germany's plan of arming the PKK to fight ISIS in the Syrian town of Kobani at the Turkish-Syria border and also said only Turkey decides who to arm within its own territories.