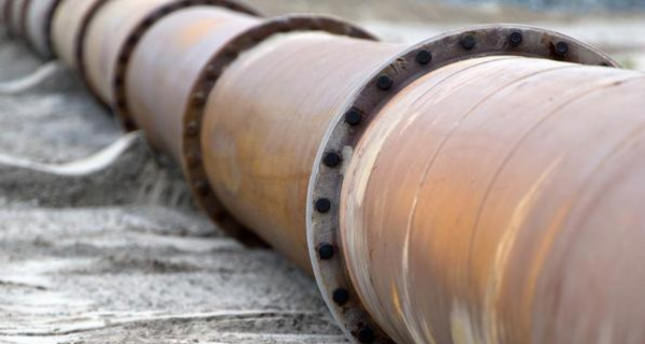 by Daily Sabah Oct 17, 2014 12:00 am
Speaking to Anadolu Agency (AA), a Yemeni official said that saboteurs blew up an oil pipeline in the eastern Yemeni district of Anshar. Yemen's oil and gas pipelines have been repeatedly sabotaged by tribesmen who pose a growing threat for the Yemeni government. The repeated attacks on pipelines are of crucial importance for the impoverished country as the attacks have been causing fuel shortages and have cut back export earnings of the country.

Yemen, one of the Arab world's poorest countries, has long been gripped by continuing political instability due to threats posed by the various militant groups. The peace deal agreement between the Yemeni government and Shiite Houthi rebels, which was seen as an important step for restoring peace, collapsed after the attacks resumed. In addition to the Houthi rebels, Yemen is home to one of al-Qaida's most active wings. The local branch of al-Qaida poses a significant security threat to the Yemeni government, as al-Qaida militants have tried to impose control over many cities. The Houthis have been fighting Sunni militias who have allied themselves with the Islah party or the Yemeni government. As the rebels want to acquire a fair share of power in the parliament, the change in the government led by a peace deal would likely ease the current conflict between the government and the rebels.