KRG official reveals details of US arms drops to Kobani 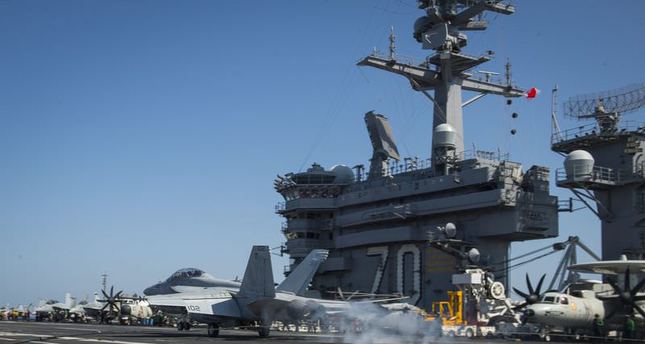 by AA Oct 20, 2014 12:00 am
The director of the intelligence agency of the Kurdish regional government in Iraq's north has said that 24 tons of arms and ammunition and 10 tons of medical supplies have been delivered to anti-ISIS fighters in the Syrian town of Kobani.

Lahur Jangi Talabani used social media to detail the airdrops which were made to fighters defending the Syrian border town against self-proclaimed Islamic State of Iraq and the al-Sham forces.

"After 10 days of relentless efforts, 24 tons of arms and ammunitions and 10 tons of medical aid have been delivered to People's Protection Units in Kobani at 2:35am by three C-130 cargo jets from the U.S. Air Force," said Talabani in a social media post Monday.

"As part of the Kurdistan Region's continuous efforts to support Western Kurdistan in general and Kobani in particular, weapons and military aid were delivered to Kobani today from the Kurdistan Region of Iraq by American cargo jets," the Kurdish regional government confirmed in a statement.

Groups fighting in Kobani against ISIS have continued to resist the extremists' attempts to take the strategic town for more than a month with the help of airstrikes by a U.S-led coalition.