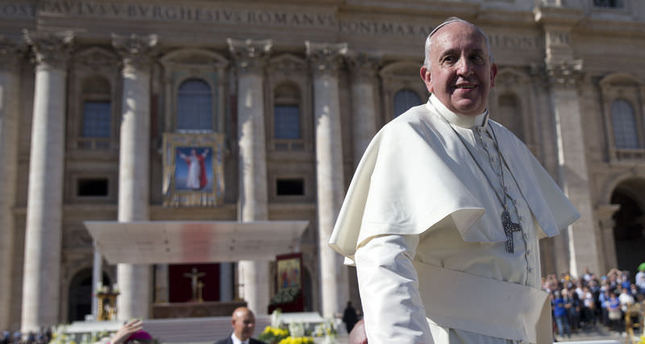 by Associated Press
Oct 21, 2014 12:00 am
Pope Francis will visit sites that recall Turkey's often-tumultuous history at a cultural crossroads between continents and faiths during a three-day visit to the country next month.

The Vatican announced Tuesday that Francis' first stop on the Nov. 28-30 trip will be a visit to the mausoleum of Mustafa Kemal Atatürk, the founder and first President of the Republic of Turkey. He will also meet Prime Minister Ahmet Davutoğlu and President Recep Tayyip Erdoğan.

The pope travels the next day to Istanbul, where he will visit the Sultan Ahmed Mosque, popularly known as the Blue Mosque, and the Hagia Sophia, a former Greek Orthodox patriarchal basilica that was transformed into an imperial mosque and is now a museum.

While in Istanbul, the pope will also say a Mass at the Roman Catholic Cathedral of the Holy Spirit and participate in ecumenical prayers at the Church of St. George and meet with Orthodox Patriarch Bartholomew.