UK to impose strict new punishments for defamation on Internet 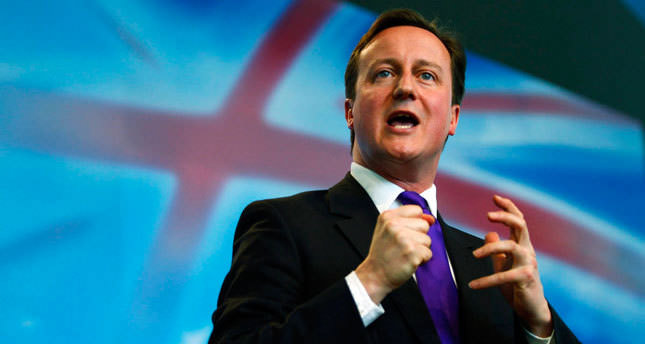 by Daily Sabah Oct 21, 2014 12:00 am
British Prime Minister David Cameron's government is preparing to introduce a new series of laws targeting Internet trolls. The legislation will include Internet content with existing libel laws. Under the new laws perpetrators could face up to two years in jail. Under current legal measures, a maximum prison sentence of six months, a fine of 5,000 pounds (TL 18,144; $8,067) or both is levied on those who threaten or offend others on social media. As online abuse cases have been gradually increasing in the U.K., the Malicious Communications Act introduced in 1988 is considered outdated and needs to be reformed.

The act regulates electronic communications with serious legal consequences through controlling technology if it is abused or used to intimidate, threaten or harass other people.

Britain's Justice Secretary Chris Grayling spoke to the Daily Mail on Sunday, extending the legal consequences of Internet trolling by the proposed reforms in the communication act. "These Internet trolls are cowards who are poisoning our national life," Grayling said. "No one would permit such venom in person, so there should be no place for it on social media. That is why we are determined to quadruple the current six-month sentence," he added, as the British newspaper The Guardian reported.

"This is a law to combat cruelty and marks our determination to take a stand against a baying cyber mob," he said. "We must send out a clear message: if you troll you risk being behind bars for two years," he said while showing determination in tackling the significant issue.

As the latest move of the British government is welcomed as protecting the right to privacy, the government has been criticized due to censorship and surveillance proposals that restrict Internet anonymity under the pretext of security. A mass surveillance plan introduced by Cameron in 2012 extends Internet surveillance through allowing the government to control every electronic communication flowing throughout the country. Recalling the London riots in 2012, Cameron strongly urged a ban on social media used by the rioters to organize the violent outbreaks that rocked London and other cities. Addressing the need for more government control over social media, Cameron said: "Everyone watching these horrific actions will be struck by how they were organized via social media," adding that the "free flow of information can be used for good. But it can also be used for ill. And when people are using social media for violence, we need to stop them."