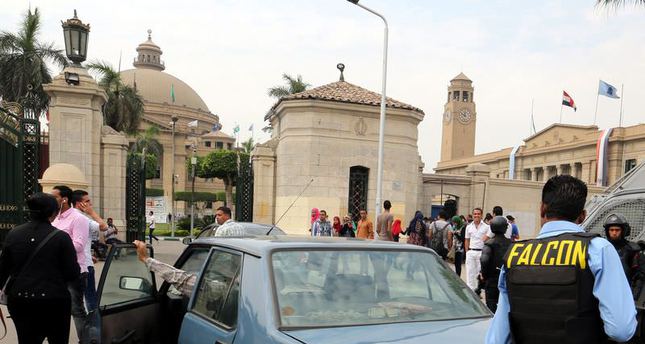 by Associated Press Oct 22, 2014 12:00 am
Egyptian security officials say a bomb has exploded outside Egypt's largest and most prominent university, injuring nine people including five policemen.

They say the makeshift bomb went off Wednesday following clashes between police and students protesting outside the sprawling campus.

One of the injured is a senior police officer and four are civilians, the official said. He spoke on condition of anonymity because he was not authorized to speak to reporters.

Egyptian universities have seen regular protests since President Mohammed Morsi was ousted by the military last year. Clashes between students and police erupted again at the start of the school year earlier this month at several Egyptian universities.