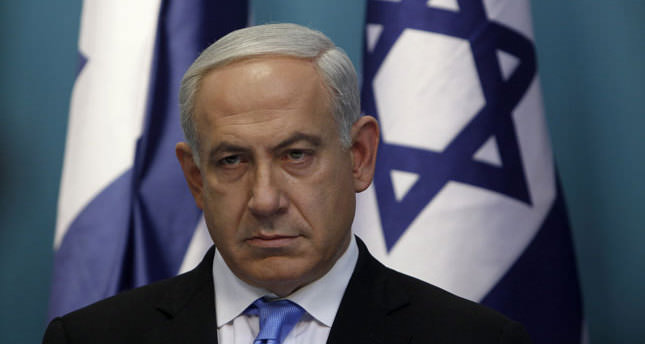 by Daily Sabah Oct 22, 2014 12:00 am
Israel is expanding its presence in the Palestinian district of Jerusalem as the number of Israeli Jewish settlers living in the predominantly Arab neighborhood of Silwan in East Jerusalem reportedly doubled over Sunday night. Jewish settlers moved into two purchased residential buildings in the central part of Silwan. The move is considered a part of a Jewish settler project to expand Israeli influence and control over the territories where the population is predominantly composed of Palestinians. Fifty-thousand Palestinians live in Silwan along with 500 Jewish Israelis who are accompanied by Israeli police. The Palestinian district of East Jerusalem was captured by Israel during the 1967 Six-Day War and since then Israel has tried to expand its influence over the district through allowing Jewish settlers to buy properties in Silwan and purchase homes in the neighborhood.

The two residential buildings were purchased by foreign companies supported by the Committee for the Renewal of the Yemenite Village in Silwan, Israeli newspaper Haaretz reported on Tuesday. As part of the project, dozens of Jewish settlers moved into more than 25 apartments in the area that they had purchased three weeks ago.

Israel's settlement projects on occupied Palestinian territory have faced growing criticism from the U.S. while Israeli Prime Minister Benjamin Netanyahu defends the projects including major construction efforts in the area and increasing the number of Jewish Israelis in the district. Israelis moving to the district has been escalating tension and triggering social unrest between them and Palestinians. Israel's claim over the entirety of Jerusalem has been repeatedly denied by the international community. Palestinian President Mahmoud Abbas condemned the Israeli settlement project while calling on the need for legally binding procedures to maintain security within the Palestinian area in Jerusalem. Yet Palestinians in the district are bound by Israeli jurisdiction.

Apart from the objections raised against the illegal settlements, the Palestinians are accusing an Israeli settler of running over two schoolgirls, killing one of them, and speeding away. Palestinian U.N. Ambassador Riyad Mansour said in a letter Monday to the U.N. Security Council that the two girls got off a school bus in the West Bank town of Sinjil on Sunday and were hit while walking to their mothers across the street. He said Inas Khalil, 5, died several hours later and Nilin Asfour, 8, is in critical condition. Further, a video, showing the arrest of a disabled Palestinian child was handcuffed, blindfolded and arrested by Israeli soldiers, sparked anger among the Palestinians. The boy was 11 year-old and developmentally disabled.

Meanwhile, Israel's violation of Palestinians' rights ranging from the demolition of houses to mistreatment of detainees and limited access to water was discussed at the U.N. Human Rights Council (UNHRC) on Monday. The committee questioned Israel's delegation over Israel's records during the brutal onslaught in the besieged Gaza Strip. The UNHRC voiced its concern over Israel's settlement policy that "undermines the right to self-determination of the Palestinian people." The excessive use of force by Israeli forces and the impact of the military blockade on the Gaza Strip are of the main concerns of the UNHRC.