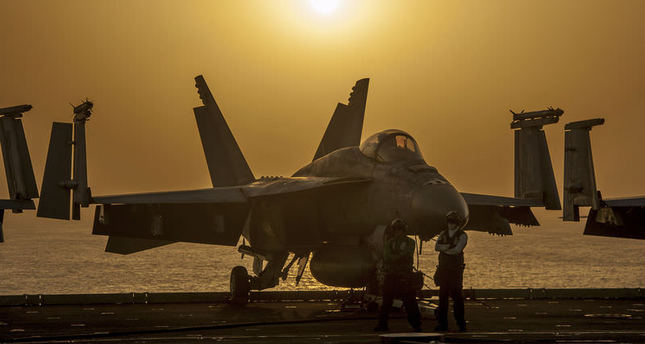 by Associated Press Oct 22, 2014 12:00 am
The Pentagon is confirming that ISIS militants were able to seize one of the 28 bundles of weapons and medical supplies dropped to Kurdish forces on Monday.

Army Col. Steve Warren, a Pentagon spokesman, says that two of the bundles went astray. One was destroyed by the U.S. The other fell into enemy hands and included small weapons, hand grenades, medical supplies and ammunition. Warren said it appears the wind caused the parachute to go off course.

He says the weapons in the bundle are not enough to give the enemy any type of advantage.

Activists said Tuesday the weapons were seized by the extremist fighters. A video uploaded by a media group loyal to ISIS militants showed the extremists with the pallet of weapons and other materials.