FSA to deploy troops into Kobani to fight against ISIS 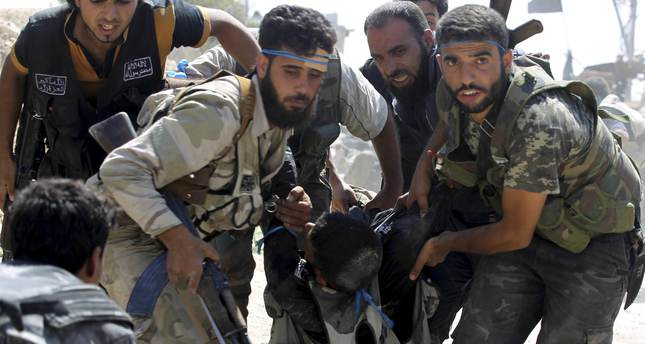 by Daily Sabah Oct 23, 2014 12:00 am
The Free Syrian Army (FSA) has decided to send 1500 troops to Syrian Kurdish town of Kobani to fight against ISIS militants on Thursday, according to FSA sources.

The troops will be moving into Kobani within 36 hours, sources said.

"We expect the U.S.-led coalition to support our troops. The cooperation between the forces fighting against ISIS in Kobani is extremely important," an FSA official said.

Earlier this week Turkish Prime Minister Ahmet Davutoğlu criticized Washington's decision to assist the Democratic Union Party (PYD) instead of the Free Syrian Army combatting both the Bashar Assad regime and the Islamic State of Iraq and al-Sham (ISIS) and said the FSA also should be supported in the region.