Croatia likely to recognize Palestine as a state 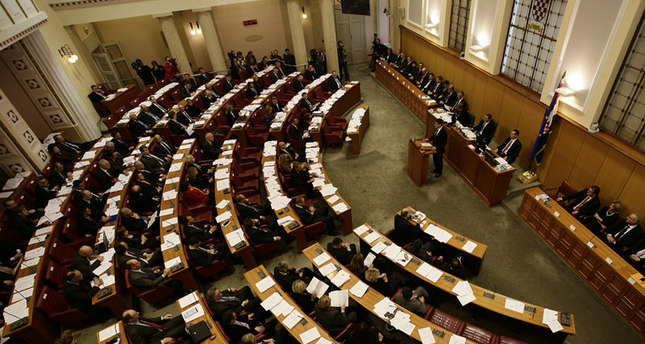 by AA Oct 24, 2014 12:00 am
"Croatia is likely to recognize Palestine as an independent state," Croatian Foreign Minister Vesna Pusic said at a press conference on Friday.

There are other EU member countries also about to recognize Palestine as well, Pusic said.

Swedish Prime Minister Stefan Lofven said on Oct. 3 that his country would be the first in Europe to recognize the State of Palestine.

The British Parliament passed a motion calling for the recognition of Palestine on October 13. The motion was approved by 274 votes against 12.

The Irish Senate voted a motion on Thursday calling for the government to recognize the State of Palestine.

Both the British and the Irish votes are non-binding and symbolic.

Spain's Parliament is to discuss a proposal for recognition of Palestine as independent state within the 1967 borders, the news channel Al Arabiya reported on Thursday.