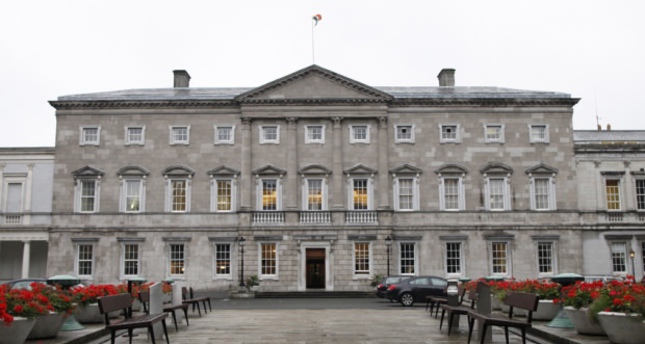 by Daily Sabah Oct 24, 2014 12:00 am
Ireland's upper house of parliament, the senate, passed a motion on Wednesday calling on the Dublin government to recognize Palestinian statehood. However, the senators' move is seen as symbolic and unlikely to change policy. The vote in the Irish senate came after a similar vote by the British House of Commons and Sweden's decision to recognize a Palestinian state. The motion prepared by Senator Averil Power urged the "[Irish] government to formally recognize the state of Palestine and do everything it can to help secure a viable two-state solution to the Israeli-Palestinian conflict so that citizens of both states can live in peace and security."

Power said,"In doing so, we will help increase pressure on Israel to pursue a genuine peace process that has a real prospect of delivering peace and justice for both Israelis and Palestinians alike," according to an AFP report.