ISIS earns $1M per day from oil sales, US claims 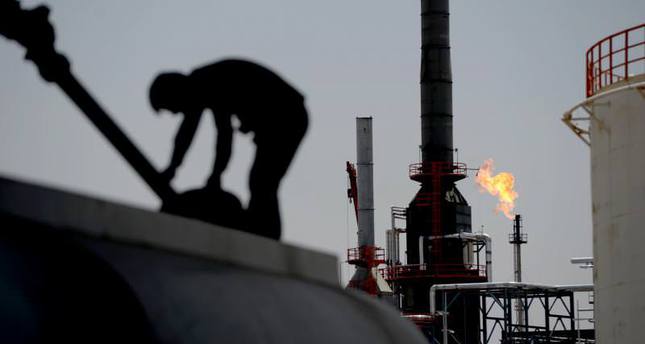 by Daily Sabah Oct 24, 2014 12:00 am
The Islamic State of Iraq and al-Sham (ISIS), which captured oil refineries in Iraq and Syria, earns $1 million (TL 2.24 million) per day from illicit oil sales, the U.S. Treasury Department said on Thursday. David Cohen, the Treasury's undersecretary for terrorism and financial intelligence, said that the department estimates the group has had that level of revenue from oil sales since mid-June. "With the important exception of some state-sponsored terrorist organizations, ISIS is probably the best-funded terrorist organization we have confronted," he said in prepared remarks released by the Treasury before delivery at the Carnegie Endowment for International Peace think tank in Washington. Cohen said that ISIS sells the oil at "substantially discounted prices" through middlemen. Some is sold to Kurds in Iraq who then resell it to buyers in Turkey, he said. But he added that regional partners including Turkey and the Kurdistan Regional Government are determined to stop the flow of ISIS oil across their borders. He said that there are "good indications" that the U.S.-led coalition's targeting of ISIS's oil infrastructure has "begun to impair" their ability to raise funds from oil smuggling.

The U.S. Central Command said in a statement Thursday that U.S. warplanes destroyed ISIS oil holding tanks east of the Syrian city of Deir ez-Zor, and destroyed an ISIS fighting position south of the Iraqi city of Beyji, which is home to a large refinery. But even if the airstrikes manage to put an end to the oil smuggling, the militants have numerous other funding streams, Cohen said. "They rob banks. They lay waste to thousands of years of civilization in Iraq and Syria by looting and selling antiquities. They steal livestock and crops from farmers," he said. He did not elaborate on how ISIS sells the oil and how the money is transferred.