ISIS now one of the wealthiest terrorist groups: US 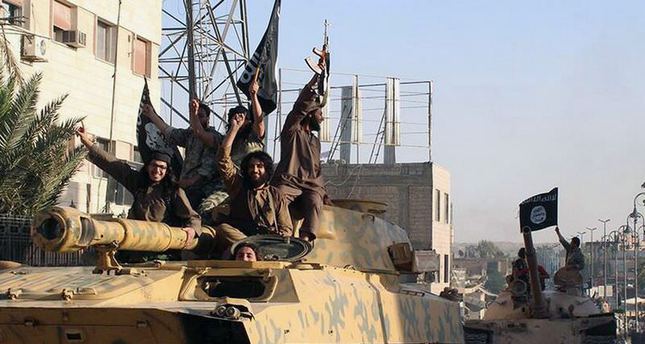 by Oct 24, 2014 12:00 am
ISIS has become the world's wealthiest terror group, earning tens of millions of dollars a month from illegal oil sales and ransoms, officials said Thursday.

"With the important exception of some state-sponsored terrorist organizations, ISIS is probably the best-funded terrorist organization we have confronted."said undersecretary for terrorism and financial intelligence David Cohen. "We have no silver bullet, no secret weapon to empty ISIS' coffers overnight. This will be a sustained fight, and we are in the early stages," he added.

Cohen is among a team of Obama administration officials leading the fight against ISIS, which has seized a large swath of territory in Iraq and Syria.

The group is now "considered the world's wealthiest and most financially sophisticated terrorist organization," said Marwan Muasher, vice president at the Carnegie Endowment for International Peace.

"ISIS has grabbed the world's attention for its outlandish ambitions and astounding brutality, but also for another reason: its substantial wealth," Cohen told the think-tank.

The group's "primary funding tactics enable it today to generate tens of millions of dollars per month," Cohen said. "Those tactics include the sale of stolen oil, the ransoming of kidnap victims, theft and extortion from the people it currently dominates, and, to a lesser extent, donations from supporters outside of Syria and Iraq."

Oil sales alone from captured refineries are allowing the militants to produce some 50,000 barrels a day from fields in Syria and Iraq, representing a daily income of about $1 million.

"In a further indication of the Assad regime's depravity, it seems that the Syrian government has made an arrangement to purchase oil from ISIS," Cohen said, referring to Syrian President Bashar Assad. It has also generated about $20 million through kidnappings, particularly of journalists and European hostages. And it demands money from local businesses in cities and towns which it has captured through "a sophisticated extortion racket."

U.S. airstrikes were having an effect on hindering the militants' ability to produce oil, and U.S. sanctions would target those found buying illegal oil, Cohen said.

"We are focused on restricting ISIS' access to the international financial system in order to impair its ability to collect funds from abroad, and to move, store, and use the funds it acquires locally."

The top official also said that Wednesday's attack at the Canadian parliament was "a tragic reminder of the need to remain vigilant in the face of terror." Canada would "have every support it needs from U.S. intelligence," he vowed.