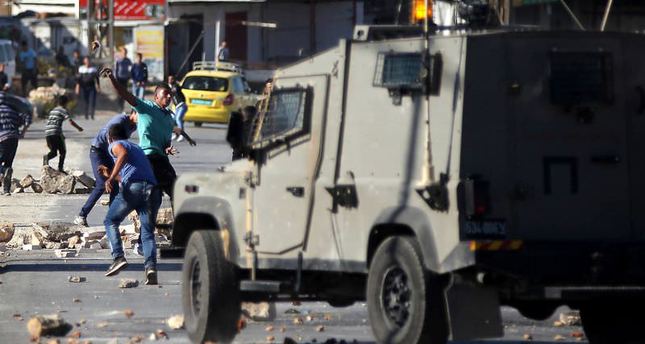 by AA Oct 24, 2014 12:00 am
A Palestinian teen was killed on Friday by Israeli army gunfire near Ramallah, a medical official has said.

Arrawa Hammad, 14, was shot in the head with live ammunition by an Israeli sniper during clashes in Silwad village in the Ramallah province, Ahmed al-Beitawi, director of the Ramallah Medical Center, told Anadolu Agency.

The boy had succumbed to his injuries on the way to the hospital, al-Beitawi added.

AA has learned that Hammad had held dual U.S.-Palestinian citizenship.

At least ten other Palestinians were injured by rubber bullets-and one by live ammunition-during the clashes, which remain ongoing.

Eyewitnesses have confirmed to AA that the Israeli army had surrounded the area and was preventing people from entering or leaving the village.