KRG: Date of peshmerga passage to Kobani is 'military secret' 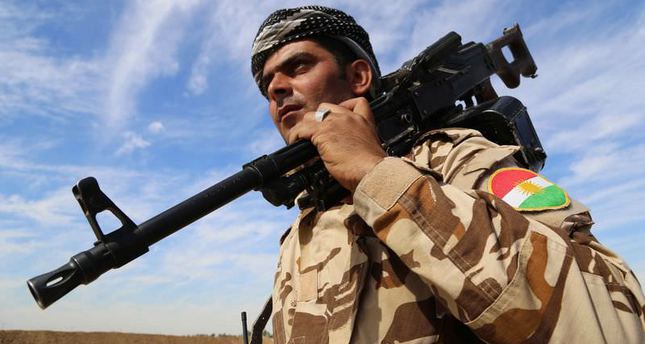 by AA Oct 25, 2014 12:00 am
General Secretary of the Kurdish Regional Government's (KRG) Ministry of Peshmerga Affairs denied Saturday's news that Kurdish peshmerga forces would start their passage to Kobani on Sunday.

"News on when the peshmerga will start their passage is incorrect. We reject it no matter who the source is," Jabar Yawar told the Turkish press agency AA.

Some media outlets reported that Kurdish peshmerga forces would start their passage from northern Iraq to Kobani through Turkey on Sunday.

"It is a military secret and we have not informed anybody of the date of passage," Yawar stressed.

Turkey has recently offered to allow the movement of Iraqi peshmerga forces to Kobani.

On Friday, the Turkish General Staff issued a clarification emphasizing that no details have yet been released on how Iraqi Kurds will travel across Turkey to join the Syrian Kurdish forces fighting in the border town against ISIS.