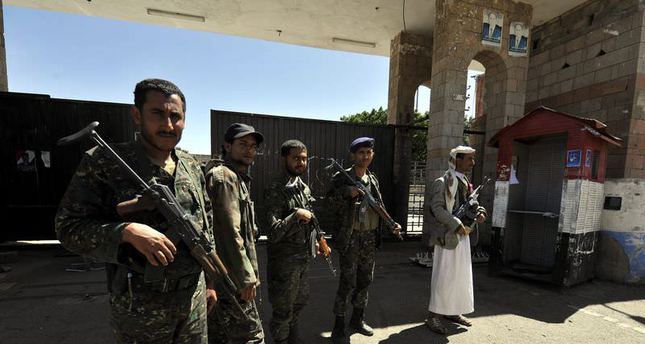 by AA Oct 26, 2014 12:00 am
Shiite Houthi militants on Sunday captured a major stronghold of al-Qaida militants in the central Yemeni province of al-Bayda, a tribal source said. He added that the Shiite militants controlled the area after armed tribesmen and al-Qaida militants pulled out of it under intensified air and artillery attacks by the Yemeni government. U.S. and Yemeni warplanes launched several strikes against the sites of tribesmen in the area, inflicting heavy losses, the source said. Houthis and al-Qaida have been fighting over control in al-Bayda for several days now. The Shiite movement has controled the Yemeni capital Sanaa since Sept. 21 and it is now moving to extend its control over other areas.