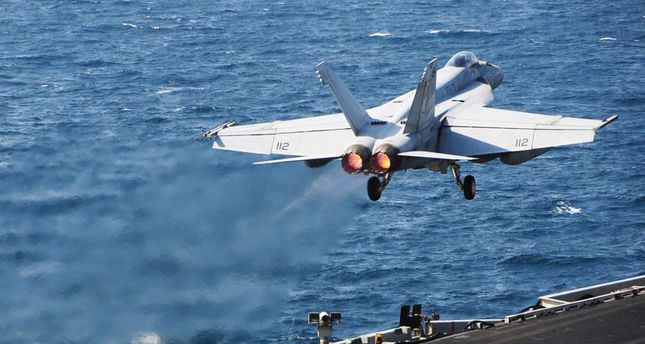 by Daily Sabah Oct 28, 2014 12:00 am
Amid the continuing U.S.-led coalition's air strikes on Islamic State of Iraq and al-Sham (ISIS) positions, advanced surface-to-air missile systems in the possession of ISIS militants are a cause for concern for Western powers as they threaten anti-ISIS aircraft in both Iraqi and Syrian air space. After radical ISIS militants swept through large swathes of territory in both Iraq and Syria, the missiles they have possessed since their advancement began are prompting fears that ISIS has a greater ability to neutralize aircraft belonging to Iraqi security forces and the U.S.-led coalition, according to a New York Times Sunday report. Even though the latest reports show that the militants have lost ground in Northern Iraq and have been significantly damaged by the open-ended air campaign led by the United States and its allies, this would not diminish the possibility of ISIS using "anti-aircraft abilities." In Iraq, Australia, Belgium, Britain, and the Netherlands have taken part in the coalition airstrikes along with the United States. In Syria, the U.S. aircraft have conducted the majority of the strikes.