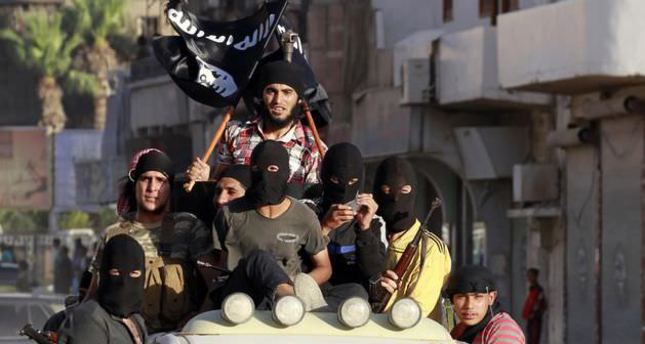 by Daily Sabah Oct 28, 2014 12:00 am
Amid claims of the radical Islamic State and al-Sham (ISIS) receiving most of its funds from wealthy donors, often in Gulf countries, Qatari officials denied allegations of providing support to mainly ISIS extremists in Iraq and Syria and al-Qaida-linked militant groups in Libya. Qatar's senior officials told BBC on Monday that Qatar has supported "moderate militants" working "in co-ordination with Western and Arab intelligence agencies." The bilateral relationship over economic issues between the U.K. and Qatar has been relatively strong as oil and gas-rich Qatar is one of the major investors in the U.K. As such, the British government has close relations with Qatari nationals investing in the U.K.

Due to growing concern over Qatar's alleged funding, British Prime Minister David Cameron has been urged to tackle the issue. The emir of Qatar, Sheikh Tamim bin Hamad al-Thani, will embark on an official visit to the U.K. from Oct. 28-30, as Qatar news agency reported. Cameron and ranking officials are expected to hold a meeting on Wednesday with Thani in an effort to stop the flow of money to militants.

Apart from the flow of money from wealthy donors, ISIS has allegedly generated "tens of millions of dollars a month from black market oil sales, ransoms and extortion," as other sources of revenue while becoming one of the world's wealthiest terrorist groups. The militant group, which captured oil refineries in Iraq and Syria, earns $1 million per day from illicit oil sales, the U.S. Treasury Department stated last week. Regarding ISIS's oil infrastructure, U.S. officials said that the department estimates the group has had that level of revenue from illicit oil sales since mid-June selling the oil at "substantially discounted prices" through middlemen. Some is sold to Kurds in Iraq who then resell it to buyers in Turkey. The statement also added that regional partners including Turkey and the Kurdistan Regional Government are determined to stop the flow of ISIS oil across their borders.