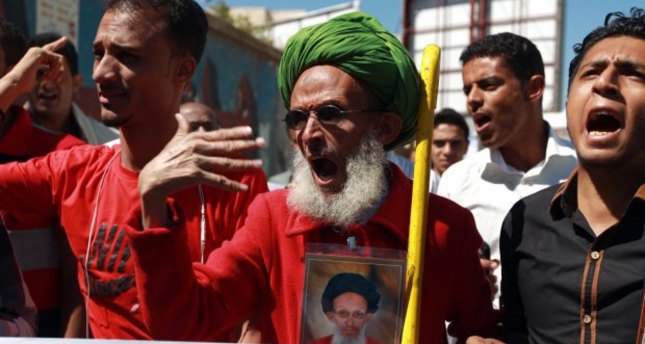 by Daily Sabah Oct 29, 2014 12:00 am
As fierce clashes continued on Tuesday between Houthi militants and armed tribesmen in the center of Yemen's Ibb province, anti-Houthi demonstrations were organized in the capital city of Sanaa and southern Ibb demanding that the expulsion of the militants. Yemenis protested against militants creating an alternative power to the weakening authority of the central government.

Yemeni capital Sanaa has been under the control of the Houthis since Sept. 21, when they signed an agreement with Yemen's presidency aimed at ending the country's political deadlock. The rebels have been extending their control to larger territories of the country. Yemen has long suffered from political instability and insecurity due to threats posed by the various militant groups. In addition to the Houthi rebels, Yemen's local branch of al-Qaida also poses a significant security threat to the Yemeni government, as militants have tried to impose control over a number of cities. The Houthis have been fighting Sunni militias that allied themselves with the Islah party or the Yemeni government.