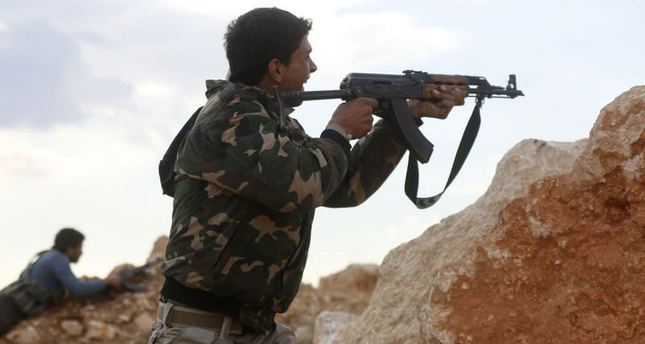 by Oct 29, 2014 12:00 am
A group of fighters from the rebel Free Syrian Army (FSA) crossed into Syria from Turkey on Wednesday to join Kurdish fighters defending the border town of Kobani against ISIS militants, a local Turkish official said.

The official, who asked not to be named, said 150 FSA fighters crossed overnight in several buses.

The Britain-based Syrian Observatory for Human Rights, confirmed the information but put the number at 50 fighters.

The pro-Kurdish Firat news agency said the FSA fighters had crossed in eight vehicles at the Mürşitpınar border crossing.

There was no confirmation on the deployment from officials in Ankara and it was not clear where the FSA fighters had come from originally.

Turkey, which has called for the ousting of President Bashar al-Assad as the sole viable solution to the Syrian conflict, is a strong supporter of the FSA.

Meanwhile, Iraqi Kurdish peshmerga fighters who arrived in Turkey overnight were still on Turkish territory on Wednesday and awaiting their transfer to join the fight for Kobani.

One contingent which arrived in the southern Turkish city of Şanlıurfa by air overnight were at an undisclosed location in the border town of Suruç, the local official told AFP.

Another group carrying heavy weaponry crossed into Turkey from Iraq by land in the early hours of the morning via the Habur border crossing, an AFP correspondent on the border reported.

"They (the air contingent) are waiting for the land contingent to arrive, so that they will cross together depending on the situation," the local official said.

Those who arrived by land, many flashing V for victory signs, crossed into Turkey by road to a euphoric welcome from local Turkish Kurds who waved Kurdish flags and cheered the fighters from road bridges, an AFP photographer reported.