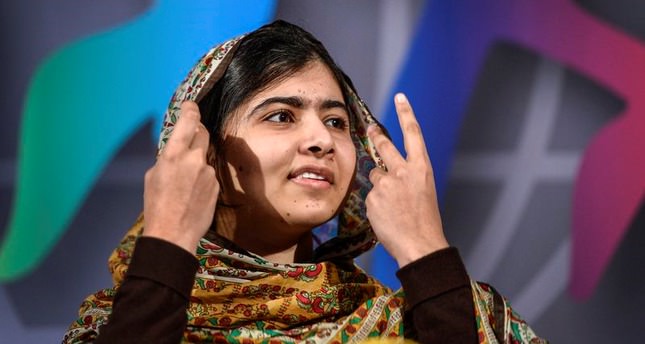 The 17-year-old Pakistani children's rights activist won the World Children's Prize in Stockholm on Tuesday, and said she would donate all of that prize money to the United Nations Relief and Works Agency, UNRWA said in a statement.

"Innocent Palestinian children have suffered terribly and for too long," UNRWA quoted Malala as saying.

"We must all work to ensure Palestinian boys and girls, and all children everywhere, receive a quality education in a safe environment."

Several UNRWA schools were damaged during the 50-day conflict in July and August between Israel and Palestinian fighters in the Gaza Strip, and nearly 2,200 Palestinians were killed, almost a quarter of them children.

On the Israeli side, 73 people were killed, including one child.

UNRWA's director Pierre Krahenbuhl said he was "deeply touched" by Malala's decision to donate her prize money to the agency.

"Recognition by you, a Nobel laureate... will lift the spirits of a quarter of a million UNRWA students in Gaza and boost the morale of our more than 9,000 teaching staff there," he said.

Malala, who survived being shot in the head by the Taliban in 2012, was jointly awarded the Nobel Peace Prize earlier in October, alongside India's 60-year-old Kailash Satyarthi for their championing of children's rights.

Earlier this month, Malala also received the US Liberty Medal and pledged her $100,000 award to education in her homeland Pakistan.