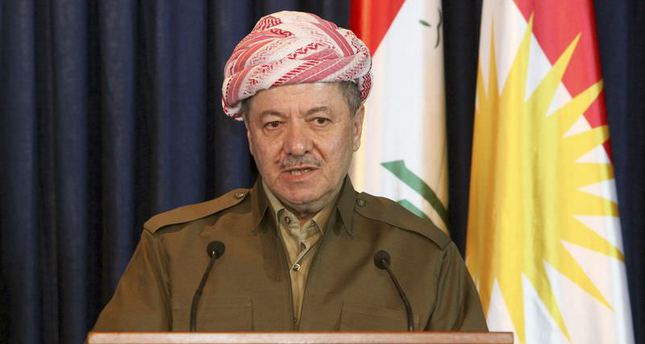 Massoud Barzani said that the access of peshmerga forces into Kobani would have been impossible without Turkey's assent, in a written statement.

Barzani spoke after peshmerga soldiers departed early Wednesday to fight alongside Kurdish fighters in Kobani on Turkey-Syria border, against the self-proclaimed Islamic State of Iraq and al-Sham (ISIS).

"Intense bilateral and trilateral talks were held among the U.S., Turkey and the Kurdish region to arrange the access for the peshmerga. After the talks, Turkey officially informed us that it would provide all kinds of support," he said.

The first batch of Kobani-bound peshmerga troops landed on a private plane at Turkey's GAP Airport from Erbil International Airport early Wednesday, and then were stationed in the Suruç district of Turkey's border province Şanlıurfa.

A separate truck convoy carrying their heavy weaponry also entered Turkey on Wednesday via the Habur border crossing in the southeastern province of Şırnak.

He said they only sent a "back-up force and weaponry" to Kobani, adding that "we will not hesitate to send more peshmerga if the conditions at the battlefront change or there is a request for further troops and we have the consent again."

The battle for control of the strategic town between ISIS militants and armed Kurdish groups has been raging since mid-September when ISIS entered Kobani. An estimated 1.5 million Syrian refugees, including some 190,000 from Kobani, are being sheltered in camps across Turkey after fleeing the fighting.

Turkey has been pushing the international community, including the U.N., to establish a no-fly zone and a safe haven for refugees inside Syria near the Turkish border.