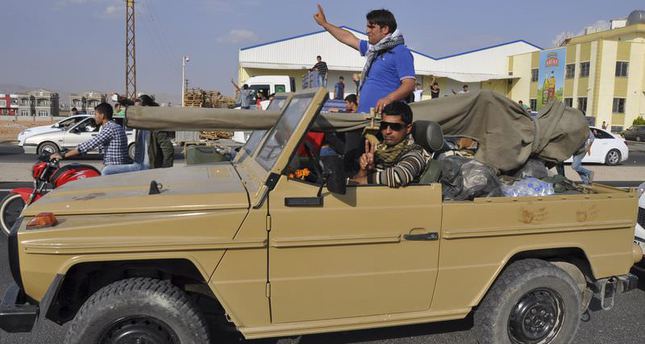 by Compiled from Wire Services Oct 30, 2014 12:00 am
Syria condemned Turkey for allowing foreign fighters to enter Syria in what it said was a "blatant violation" of its sovereignty.

Hours after 10 Iraqi Kurdish fighters crossed into the Syrian border town of Kobani, the foreign ministry also described the move as a "digraceful act".

Syrian President Bashar Assad's political adviser has accused Turkey of committing "aggression" against his country by allowing FSA and peshmerga to cross into the Syrian Kurdish border town of Kobani.

Bouthaina Shaaban said in an interview with The Associated Press on Thursday that Ankara is trying to expand its influence in Syria by sending in anti-Assad fighters.

The remarks came a day after Turkey allowed 50 armed Free Syrian Army members to cross into the embattled Kobani in a push to help Kurdish fighters there battle the Islamic State group.

The FSA is an umbrella group of mainstream rebels fighting to topple Assad. Its political leadership is based in Turkey.

Turkey is also allowing some 150 Iraqi Kurdish peshmerga fighters into Kobani, where they are expected by the end of the day to fight ISIS militants.