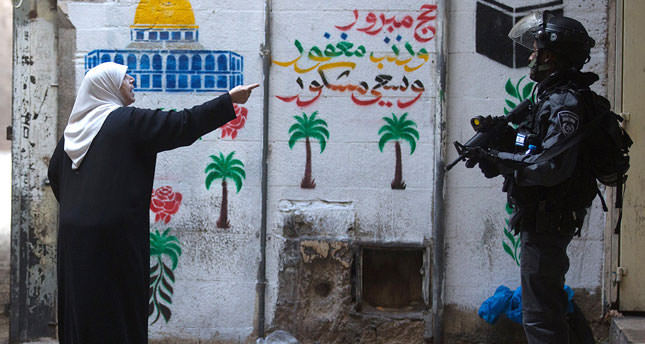 The shuttering of Al-Aqsa Mosque by Israeli authorities has led to increasing tension that has triggered social unrest between Israelis and Palestinians in Jerusalem, and a spokesman for Palestinian Authority president, Mahmoud Abbas, denounced the closure of the volatile compound as "tantamount to a declaration of war." The Palestinian Authority said, "We hold the Israeli government responsible for these dangerous escalations in occupied East Jerusalem, the latest of which was the closure of Al-Aqsa Mosque compound," Anadolu Agency (AA) reported.

The holy site that contains Al-Aqsa Mosque is the third holiest site in Islam and the most sacred site in Judaism, called the Temple Mount. "Israeli authorities [have completely] shut down Al-Aqsa Mosque since dawn," Sheikh Azzam al-Khatib, head of the Jordanian-run Organization for Muslim Endowments and Al-Aqsa Affairs, told AA.

This is the first time the holy site has been shut by Israeli authorities since the Israeli occupation of East Jerusalem in 1967.

Tensions have been growing on the streets of Jerusalem as clashes erupted between Palestinian protesters and Israeli forces. Israeli Prime Minister Benjamin Netanyahu ordered a "significant increase" in police deployments in the areas where heavy clashes have occurred. "I have ordered a significant increase in forces as well as in means so we can both ensure security in Jerusalem and also maintain the status quo in holy places," he said in a statement released by his office according to AFP. "We must first of all lower the flames. No side should take the law into its own hands," added Netanyahu while blaming President Abbas for escalating the violence.

The tension in East Jerusalem was flamed after Israeli authorities announced the expansion of its settlement project that includes major construction in the area as well as an increase in Jewish settlers. The Palestinian district of East Jerusalem was captured by Israel during the 1967 Six-Day War and since then Israel has tried to expand its influence over the enclave by allowing Jewish settlers to reside in the disputed area.