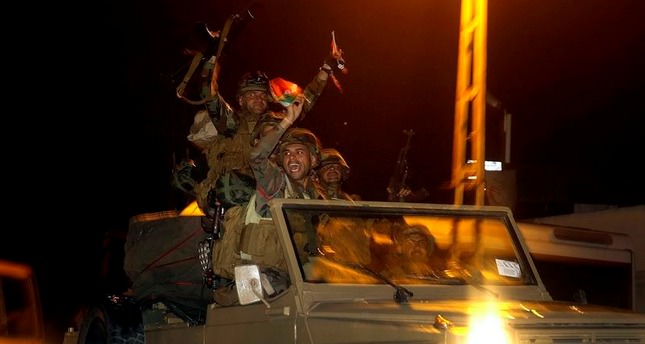 by AA Oct 31, 2014 12:00 am
The peshmerga convoy, which has been waiting at the Turkish border for the past two days, entered the besieged Syrian town of Kobani on Friday night to assist Kurdish groups fighting ISIS.

Turkish security officers tightened safety measures and closed the route to traffic as the convoy headed towards the Mürşitpınar border gate located in Suruç district.

The peshmerga troops entered Kobani after official procedures are complete at the border gatein Suruç.

Early on Wednesday, a first batch of peshmerga forces from Erbil had landed in a private plane at Turkey's GAP Airport. They were then stationed in the Suruc district of the Turkish province of Şanlıurfa.

A truck convoy carrying Kobani-bound peshmerga troops and heavy weaponry had also entered Turkey in the southeastern province of Şırnak on Wednesday via the Habur border gate.

The battle for control of the strategic town between ISIS militants and armed Kurdish groups has been raging since mid-September when ISIS entered Kobani.

An estimated 1.5 million Syrian refugees, including some 190,000 from Kobani, are being sheltered in camps across Turkey after fleeing the fighting.

Turkey has been pushing the international community, including the U.N., to establish a no-fly zone and a safe haven for refugees inside Syria near the Turkish border.