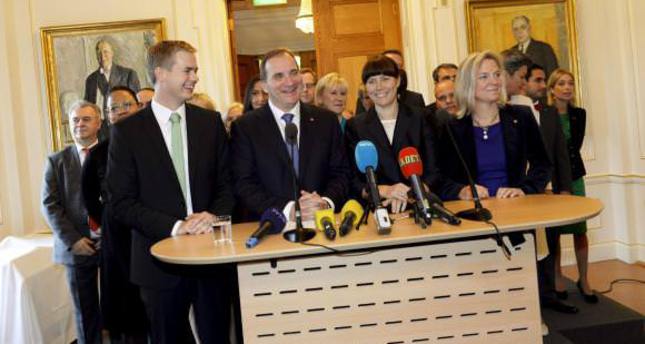 by Daily Sabah Oct 31, 2014 12:00 am
Sweden became the first European Union member to recognize Palestine as a state, a move to pressure Israel on establishing a two-state solution negotiated in accordance with international law.

"Today the government made the decision to recognize the state of Palestine," Swedish Foreign Minister Margot Wallstrom said in a statement published on Thursday in Swedish daily Dagens Nyheter, as reported by Anadolu Agency. While supporting "the moderates among the Palestinians," Swedish prime minister stated that Sweden aims to give significant support to those among Palestinians who seek to end the conflict through a two-state solution.

Despite many EU member states voicing their support for Palestinian statehood, the EU has not yet given official recognition to Palestine. The United Nations' vote in 2012 gave Palestine a non-Member Observer State status. More than 130 countries already recognize Palestine as a state including Hungary, Poland and Slovakia; however they did so before joining the European Union.