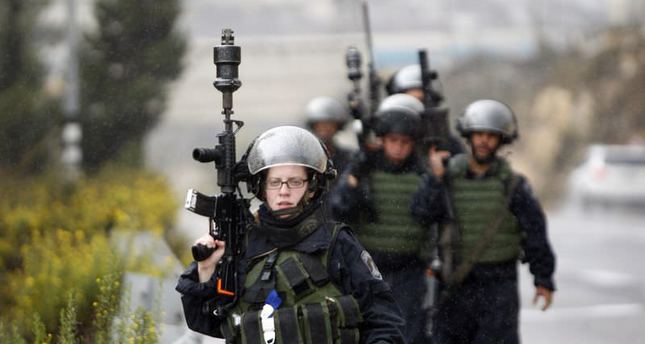 by daily sabah
Nov 01, 2014 12:00 am
A former Israeli soldier, who served in the Israeli Defense Force (IDF) between 2007 and 2010, has revealed disgraceful facts about the Israeli soldiers' treatment of Palestinian civilians, especially children. His remarks came after a young disabled Palestinian child was arrested two weeks ago. "We were trained not to see Palestinians as human beings, [instead as] potential terrorists," he told Russian Today, Russia's English-language news channel.

UNICEF has urged the importance of providing psychological counseling and care to treat "the hidden wounds of Gaza's children." During Israel's deadly assault on Gaza, children were the innocent victims who paid a high price for the conflict. Two-thirds of Palestinian children are under the age of 12 and one-third have been permanently disabled, according to the U.N. report on the grave violations against Palestinian children in Israel's deathly onslaught on Gaza.

"There are at least 373,000 children in desperate need of psychosocial support, and we have to move fast to help them," said UNICEF Chief of Child Protection Bruce Grant in an earlier report released on Sept. 8, after the hostilities ended in the Gaza Strip.

During the hostilities in Gaza, at least 494 Palestinian children were reported killed while 2,101 others injured, the U.N. children's agency reported.